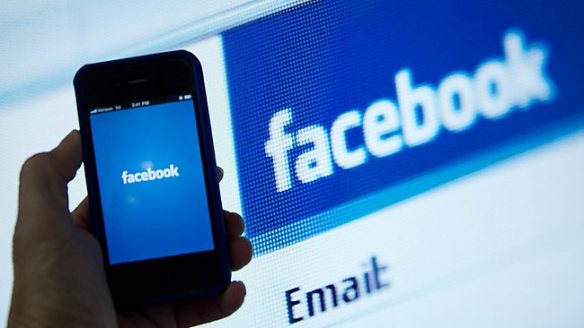 FACEBOOK is changing again. This time it is getting rid of a privacy feature that lets users limit who can find them on the social network.

Facebook Inc said on Thursday it is removing a setting that controls whether users could be found when people type their name into the website’s search bar.

Facebook says only a single-digit percentage of the nearly 1.2 billion people on its network were using the setting.

The change comes as Facebook is building out its search feature, which people often use to find people they know – or want to know – on the site.

A Gang which lured youngsters through Facebook and telephone calls before kidnapping them for ransom has been busted in Pakistan.

The gang, which included a lawyer, his wife, the son of a policeman and four others, was active in the industrial town of Gujranwala in central Punjab province and was traced by tracking phone calls.

“This gang of friends was using their female member to trap youngsters on Facebook and through phone calls,” Shoaib Khurram, a senior police official, said.

“The girl was assigned to trap targeted young boys in fake love on Facebook and phone and then invite them for dates.”

He said the other members would kidnap the boys when they came to meet her.

“So far, we have got verification about two boys who were trapped in fake love of this lady and were then kidnapped by this gang. Their families later paid ransom amounts worth millions of rupees to get them free,” Khurram said.

Pakistan earlier this month cracked down on ‘immoral’ love chat services offered by mobile phone companies, stifling hopes of illicit romance in the conservative Muslim country, where dating is frowned upon.

In 2010, Pakistan shut down Facebook for nearly two weeks over blasphemy and continues to restrict hundreds of online links.

PRIVACY concerns are fuelling a Facebook revolution with large numbers of users quitting the site and committing “virtual identity suicide”.

A study investigating the phenomenon identified privacy as being the biggest reason why people are turning against the social network giant.

“General dissatisfaction” with Facebook, fears of internet addiction, and the shallow nature of online friendships also played a part.

With more than 950 million active users, Facebook is far and away the most popular social networking site, followed by Twitter and MySpace.

The sites offer opportunities for social interaction undreamed of in the offline world.

But recently a “counter movement” has emerged with users abandoning social network sites by quitting their accounts and committing “virtual identity suicide”, according to the study authors.

So many people are turning off social network sites that new internet applications such as The Suicide Machine and Seppukoo have sprung up to help them.

Another aspect of the counter movement was “Quit Facebook Day”, a website that allowed Facebook users to announce their intention to abandon their accounts on May 31, 2010.

On the day, more than 34,000 users confirmed they were quitting Facebook.

Austrian psychologists led by Dr Stefan Stieger, from the University of Vienna, compared 321 Facebook users with a similar number of Facebook quitters to see how they differed.

Questioning revealed that 48.3 per cent of quitters – the vast majority – had decided to leave Facebook because of privacy concerns.

General dissatisfaction accounted for 13.5 per cent of those quitting, negative aspects of online friends 12.6 per cent, and feelings of getting addicted to Facebook 6 per cent.

Although there was evidence that quitters tended to be older and more conscientious than Facebook users, personality traits had no significant bearing on their decision to quit.

“The present research is to our knowledge the first to focus on psychological characteristics of individuals leaving social networking sites (SNSs) by committing so-called virtual identity suicide,” the scientists wrote in the journal Cyberpsychology.

Addressing an audience in San Francisco in 2010, he argued that privacy was no longer a “social norm”.

“This led to heated public debates about whether or not privacy is really outdated when it comes to online communication,” said the scientists.

“Although the Facebook quitters of the present sample represented only a very small amount of all Facebook users, many of them seemed to be concerned about privacy to such an extent that it outweighed perceived advantages of Facebook and eventually led them to quit their virtual Facebook identity.”

Facebook Inc is testing videos that play automatically on mobile versions of its service, setting the stage to turn the 1.15 billion-member social network into an attractive venue for lucrative, television-like video ads.

The videos will be silent when they appear in a Facebook user’s newsfeed, but expand and play the audio when clicked, the company said in a post on its official blog on Thursday.

Only videos posted to Facebook by individual users, celebrities or musicians will have the auto-play function during the test, Facebook said. But it noted that it would “explore how to bring this to marketers in the future.”

The test, which involves a small group of U.S. users, is likely to ratchet up expectations for Facebook video ads. According to several media reports in recent months, Facebook is planning to charge brand marketers $1 million to $2.4 million to show 15-second auto-play video ads on its social network.

Facebook’s stock set a new all-time high of $45.62 on Thursday, as investors anticipated new revenue sources such as video ads and ads in its popular Instagram photo-sharing app.

By conducting a small test before selling auto-play ads to advertisers, Facebook will be able to make sure the technology is up to snuff and to gauge users’ response.

“Because bringing video to life in a feed is something that’s going to really change the way users’ experience Facebook … we wanted to sort of tread water lightly and start with this and see how it goes,” said Facebook spokeswoman Momo Zhou.

In internal tests so far, the auto-play ads did not seem to significantly reduce battery life, Zhou said. The videos stop playing once a user scrolls past them in the newsfeed, she noted, and users have the option of switching off the auto-play feature.

Auto-play will work only with videos that users upload directly to Facebook. Videos from external websites such as YouTube will not work with the auto-play feature in the test.

Facebook does not expect the auto-play videos to have a big impact on smartphone users’ wireless data usage and monthly phone bills, Zhou said.

More from Our Crazy World

More from Our Crazy World